By Metro to the coast: Cullercoats 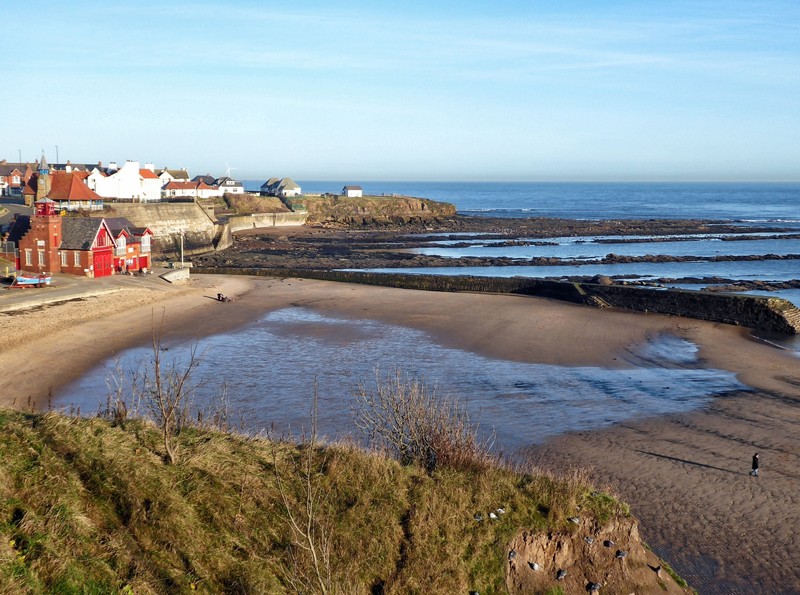 The small coastal town of Cullercoats is perhaps easily overlooked in favour of its bigger siblings to the north (Whitley Bay) and south (Tynemouth). While the former offers a traditional seaside resort (today somewhat faded albeit revived in parts) and the latter loads of history, the charms of Cullercoats are more modest, but worth seeking out.

Indeed, in the past, several artists did just that. The American artist Winslow Homer spent 18 months living and working here from 1881-82, painting scenes inspired by the local fishing folk. Local artists too found their inspiration among the fishing community of Cullercoats and its marine views. John Falconer Slater, considered to be one of the region’s finest impressionist artists, painted the moods of the North Sea, as did John Wilson Carmichael. Meanwhile Robert Jobling, a former shipyard worker, focused on the fisher folk in works such as 'The Day is done and the Darkness falls from the Wings of Night' which can be seen in Newcastle’s Laing Art Gallery (along with a number of other works by the Cullercoats colony), and here online: https://archive.is/nfqz/d42b4acfd5974a2a7b7531cd9321b33ab471f578.jpg 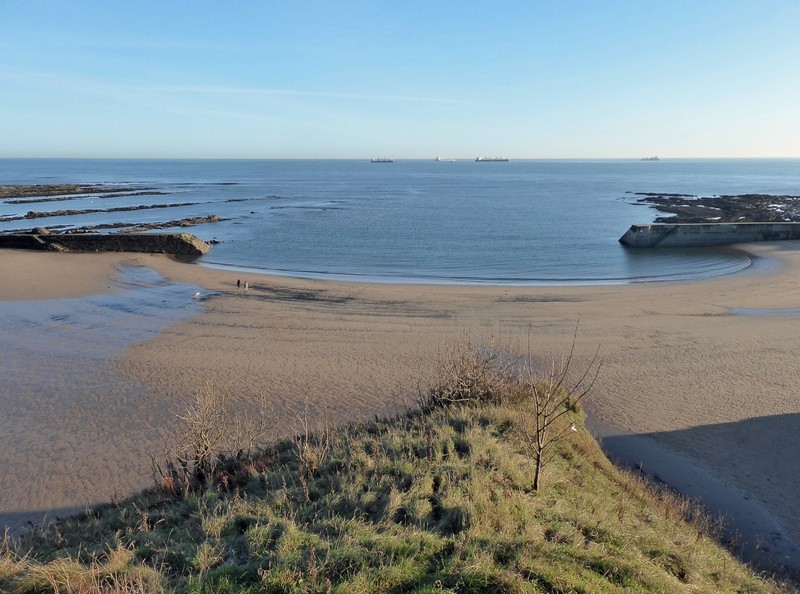 But of course before it was the haunt of artists Cullercoats was home to the fishermen and miners who have long populated this region. The fishing village was established by 1539 and coal was mined in simple bell pits, digging it out from just below the surface. The coal was used to fire salt pans and both coal and salt were exported from the harbour which was as busy as any along this coast. But the salt industry declined, while the growth of the railways led to coal shipments being moved to better harbours elsewhere. By the early 19th century fishing was again the only main industry. 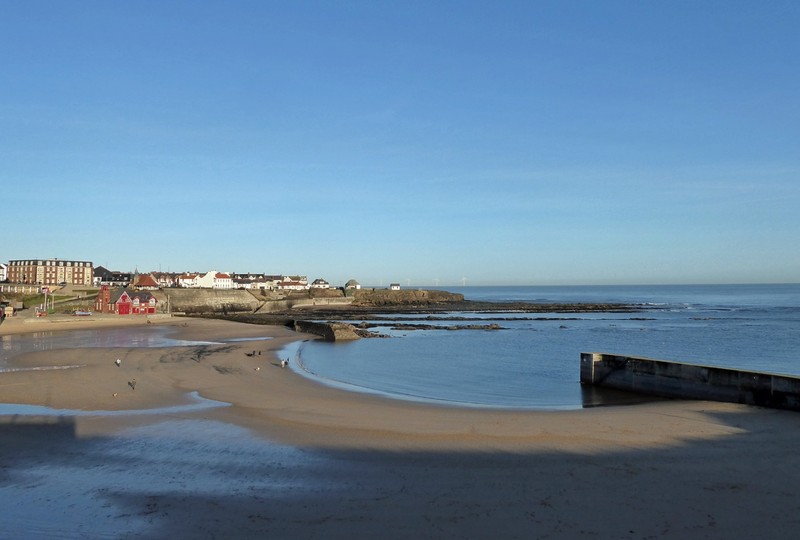 Cullercoats became well-known for its ‘fishwives’, the wives and daughters of the fishermen, who played as big a role in the industry as did the fishermen themselves. They searched for the bait, digging sand-worms, and gathering mussels, limpets and crabs. They also assisted in baiting the hooks and it was they who carried the fish to the market to sell them. These women featured in many of the paintings produced by the artists who based themselves here.

But enough of the past – what does Cullercoats have to offer today? There’s a lovely sheltered sandy bay with an attractive Victorian RNLI Lifeboat Station. On the headland above the lifeboat station is the Watch House, which was built in 1879 for the Cullercoats Volunteer Life Brigade, and also to serve as a lookout for the fishermen. It still provides a sheltered spot from which to admire the views today. 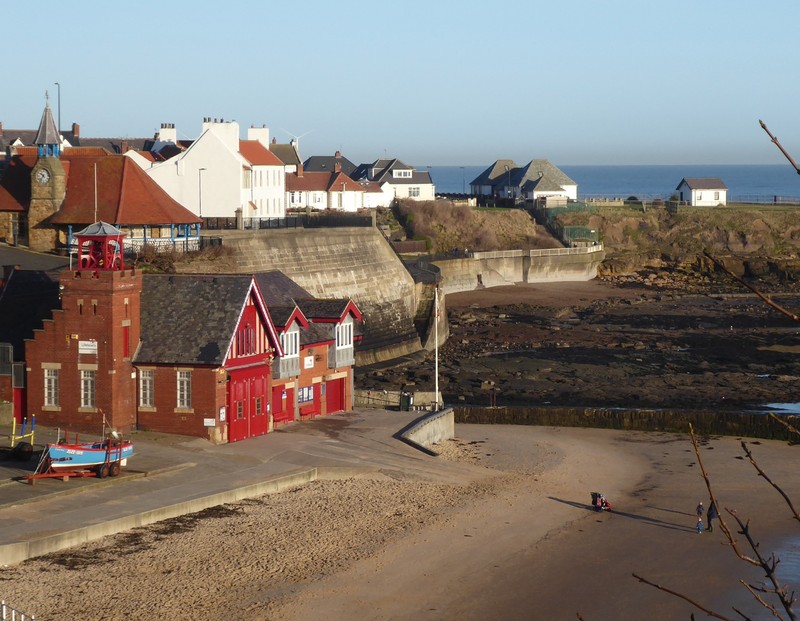 Cullercoats Lifeboat Station, with Watch House above on the left 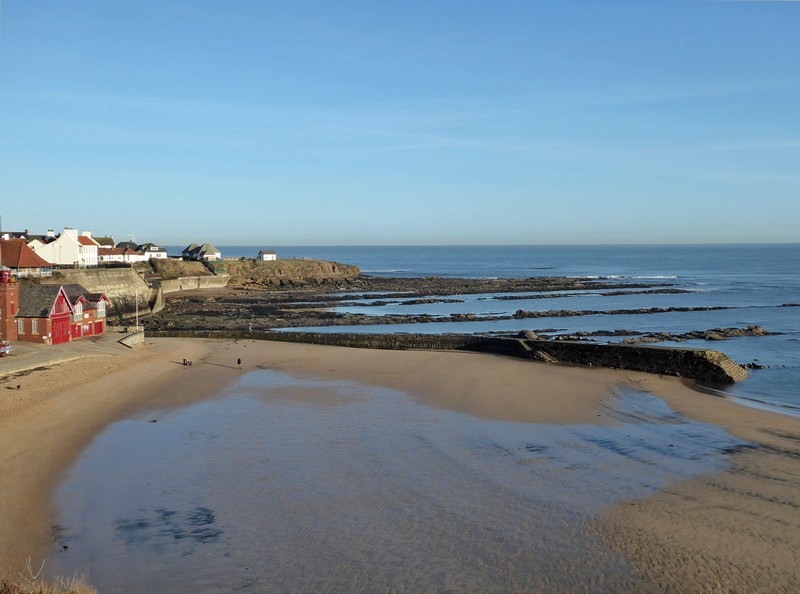 There are rock pools to explore, and in warmer months the sea attracts swimmers willing to brave the still-chilly North Sea waves. The rocky foreshore lies within the Northumberland Coast Special Protection Area and parts are designated as Sites of Special Scientific Interest because of the large numbers of birds that winter here – in particular turnstones and purple sandpipers. Other birds seen here include plovers, curlews and oystercatchers, although on our most recent walk when all these photos were taken we saw only gulls. 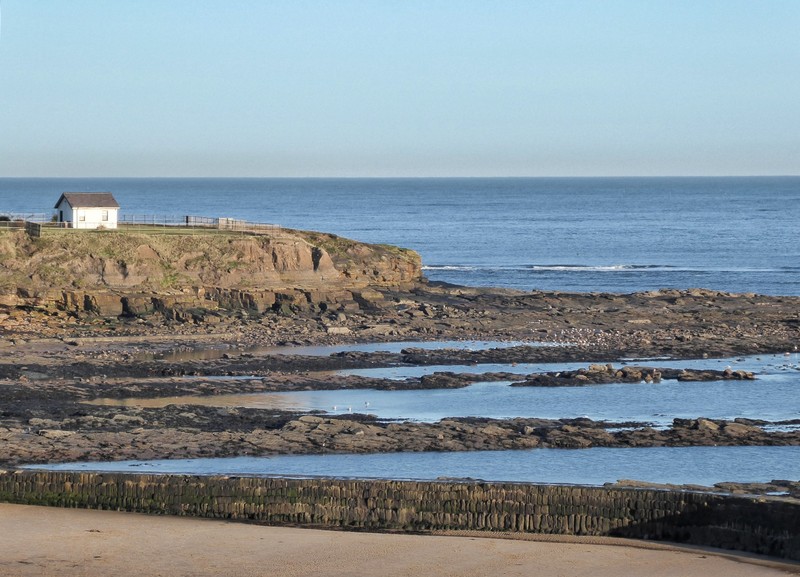 Views north are towards Whitley Bay with St Mary’s Lighthouse just visible at times, and beyond it the offshore wind turbines at Blyth. 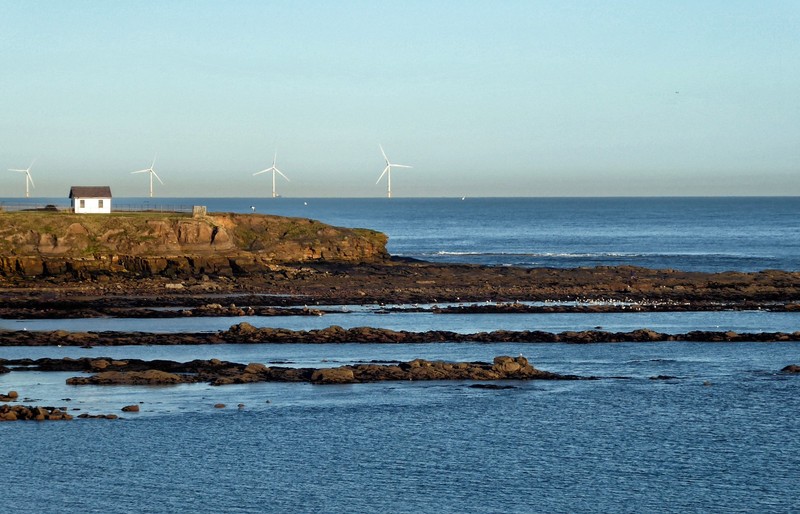 Looking north from Cullercoats towards Blyth

To the south are the Long Sands of Tynemouth with the Priory dominating the headland beyond. 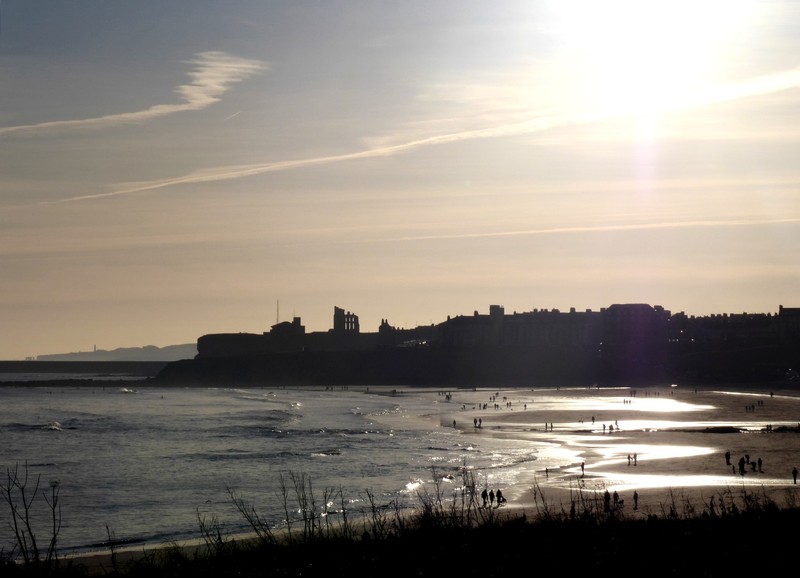 Looking south towards Tynemouth from Cullercoats

A coastal walk from Cullercoats to either of its neighbours is a treat at any time of year, whether you stick to the roads and cliff-top paths or descend to the beaches below. And with a direct Metro link to the city centre to all three of these coastal communities it's easy to plan such a walk.