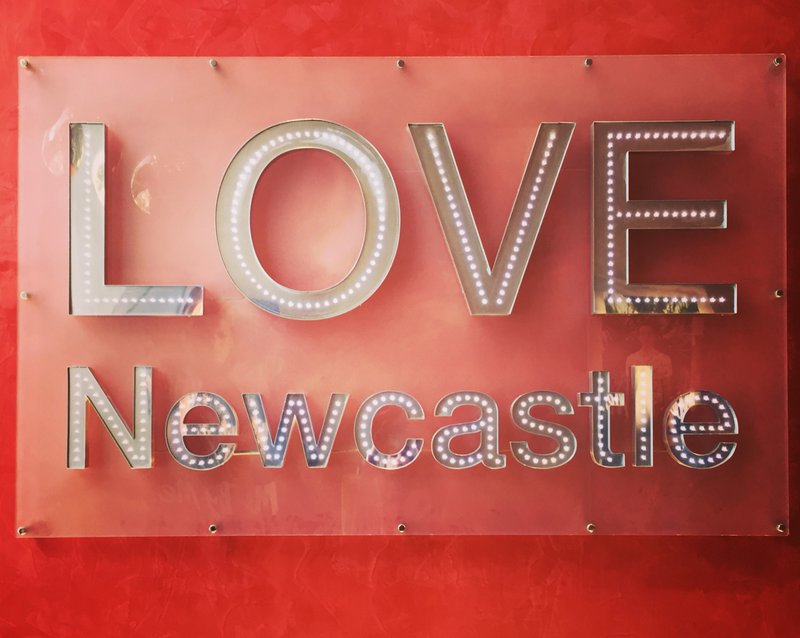 People who come from Newcastle (and usually the surrounding Tyneside area) are known colloquially as Geordies. There are various theories as to the origin of the nickname, although all take as their starting point the premise that it is a diminutive of George. The most popular is probably that it originates from the use by north east miners of the safety lamp designed by George Stephenson (rather than the Davy lamp more popular elsewhere). Another links it to Newcastle’s support for Hanoverian George during the Jacobite Rebellion of 1715, when other parts of the region mostly favoured the Jacobite cause. The latter explanation is the more likely, as the term Geordie for a native of Newcastle was in use before Stephenson invented his lamp, and also because that lamp was used in a wider area than Newcastle alone. But there seems though to be no evidence for either theory and it may simply be that George was an exceptionally popular name among the local mining families, becoming synonymous with that occupation and in turn with anyone from the region.

Geordies are among the friendliest people in the country, always ready to welcome and chat to a stranger – although their strong dialect may mean that their conversation is at times unintelligible even to fellow English speakers! 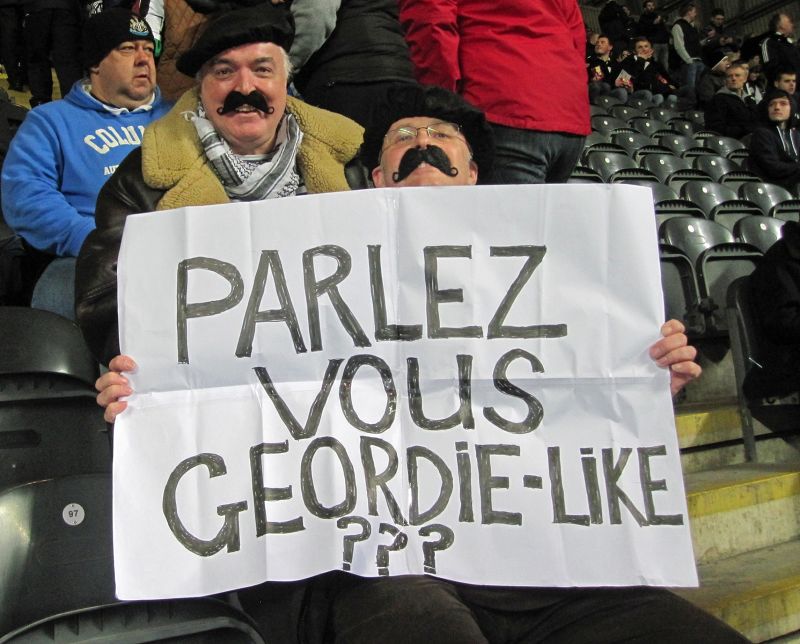 Fans at St James' Park, at a time when we had lots of French players 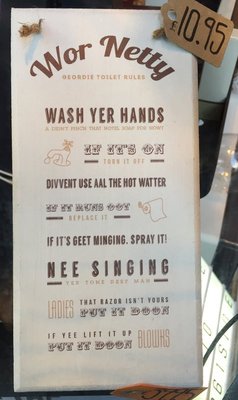 A lot of vowels are diphthongs in Geordie pronunciation, and many words acquire an extra syllable when spoken by a Geordie. Film becomes ‘fillum’ and soap ‘so-ip’.

‘A’s are always short, as in axe, so the town is never pronounced, as it might be elsewhere in the country, as ‘Newcarrstle’ but always ‘Newcassel’, with the emphasis on the second syllable (get that one right and Geordies will warm to you!). But 'all' is pronounced with a long 'a' and usually written 'aal' - just to confuse you

Other vowels are just plain different (!) so ‘first’ becomes ‘forst’, ‘burst’ becomes ‘borst’, ‘shirt’ becomes ‘short’ and so on, while the short English ‘ea’ is lengthened to a double e – ‘deed’ means dead, and ‘deef’ is deaf.

In another example of typical pronunciation, ‘ow’ is usually said ‘oo’ – so a cow is a ‘coo’, down is ‘doon', and town is ‘toon’ – more about the latter word later!

‘Aareet’ is ‘all right’, – a common greeting when friends meet (meaning ‘How are you?’, ‘How are things going?’)

There are so many of these, and a lot of them can be traced back to early invaders of this region, the Angles or Vikings. Speakers of Scandinavian or Germanic languages will recognise some similarities.

As an example, Geordies use ‘bairn’ for a child (like the Norwegian/Swedish/Danish ‘barn’) – a popular local saying is ‘shy bairns get nowt’ meaning ‘if you don't get ask, you don't get’. 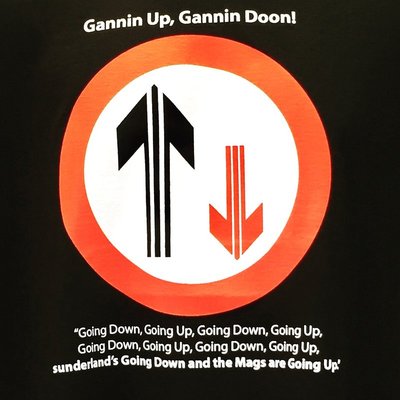 Similarly, ‘gan’ means go (like the German ‘gehen’). When you learn that ‘hyem’ means home, you can work out that ‘Ah'm gannin hyem’ means ‘I'm going home’.

‘Wor’ means our, or sometimes my (‘wor lass’ means ‘my wife’, while ‘wor Sarah’ refers to a family member called Sarah)

‘Canny’ can mean several things, including fairly/quite, nice and shrewd - you'll hear it a lot in phrases like ‘canny good’ (quite good) or ‘a canny pint’ (a well-poured, pleasant-tasting beer). Another common positive adjective is ‘champion’ – you can be feeling champion, have a champion night out, etc. 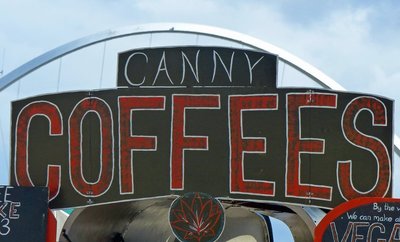 Coffee stall at the Quayside Market

‘Wey’ is another of those multipurpose words scattered across sentences but can be translated as ‘well’ (used for emphasis, not the opposite of ill) – ‘wey Ah divvint knaa’ ('well, I [certainly] don’t know'), or ‘Wey it's nee use at aal’ ('well, that’s of no use at all').

If someone says they are ‘clamming’ they are hungry, possibly for their ‘bait’ – a packed meal, usually taken to work.

‘Clarts’ is mud, and ‘clarty’ is therefore muddy. ‘Claes’ are clothes, so ‘bairns’ will often come ‘hyem’ with ‘clarty claes’!

‘Divvint’ means don’t, as in ‘Ah divvint knaa’ – 'I don’t know'. And to ‘fash’ is to bother or take trouble, as in the phrase ‘Ah’m aareet – divvint fash yersel’ ('I’m fine, don’t trouble yourself'), if someone is fussing over you unnecessarily perhaps. 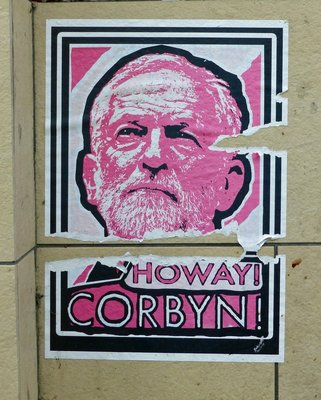 ‘Howay’ is another very common word, with several meanings including let's go (‘howay hyem’ – let’s go home), or come on. As ‘toon’ means town, and by transference the town's only football team, Newcastle United, anyone shouting ‘Howay the Toon!’ or ‘Howay the lads!’ is cheering on the football players - 'Come on the Town!' It can also mean ‘get away’, as in expressing incredulity – ‘howay man, he nivver did!’

By the way, ‘man’ just adds emphasis when talking to someone and can quite easily be used when speaking to a female. The phrase ‘Howay-man-woman-man’ might be addressed to a woman who needs to catch up or speed up (yes, really!)

It's important to know that ‘haway’ is the Sunderland version of the same word. Don’t let anyone in Newcastle hear you saying ‘haway’ rather than ‘howay’, as you’ll find the friendly welcome you’ve almost certainly have received will turn decidedly cool! The rivalry between Geordies and ‘mackems’, as they call their near neighbours, is intense, never more so than when it comes to football.

‘Hoy’ is to throw (‘hoy that ower here’) but ‘gannin on the hoy’ is to go out drinking. And if you do that you could get ‘mortal’, meaning drunk. 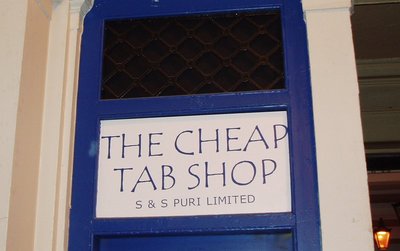 Shop in the Grainger Market

A ‘tab’ is a cigarette – someone leaving the pub briefly to smoke outside might say ‘Ah’m away ferra tab’ (I’m going out for, i.e. to smoke, a cigarette’).

‘Nee’ means no, but not as in the opposite of yes – it’s only used adjectively in a phrase such as ‘nee bother’ – a common reassurance if you suggest you might be putting someone to any trouble.

Some regular English words are also used differently here, so ‘bad’ can mean ‘ill’ – ‘wor John’s reet bad so ah kept him hyem the day’ (‘my son John isn’t at all well so I kept him at home today’). And long before the current unfortunate general habit (mainly among younger English speakers) of using 'like' as if it were punctuation, Geordies have been using it to add emphasis to a sentence or question - as with the football fans in my photo above.

Another variation on standard English is that the plural form of ‘you’ will often have an ‘s’ added to it, as in ‘Yous aal aareet?’ meaning ‘Are you all well/OK?’

And here are a few phrases that I like:

‘She suits red’ = she looks good in red, or as we'd say elsewhere in the country, red suits her.
‘He belongs London’ = he comes from London.
‘You’ll get wrong off your Da’ = you’ll be in trouble with your father.
'She takes a canny photo' = not, as you might think, she's a good photographer, but she's photogenic and looks good in photos.
‘His name’s William but he aalways gets Billy’ = his real name is William but everyone calls him Billy.

If you want to get to grips with all of this there’s a popular book, sold in shops ‘aal ower the toon’, called ‘Larn Yersel Geordie’ – ‘Teach Yourself Geordie’. While tongue in cheek, it does include all the main differences between this and standard English and is a fun read. But it’s no substitute for a visit to Newcastle to hear how the natives do it!